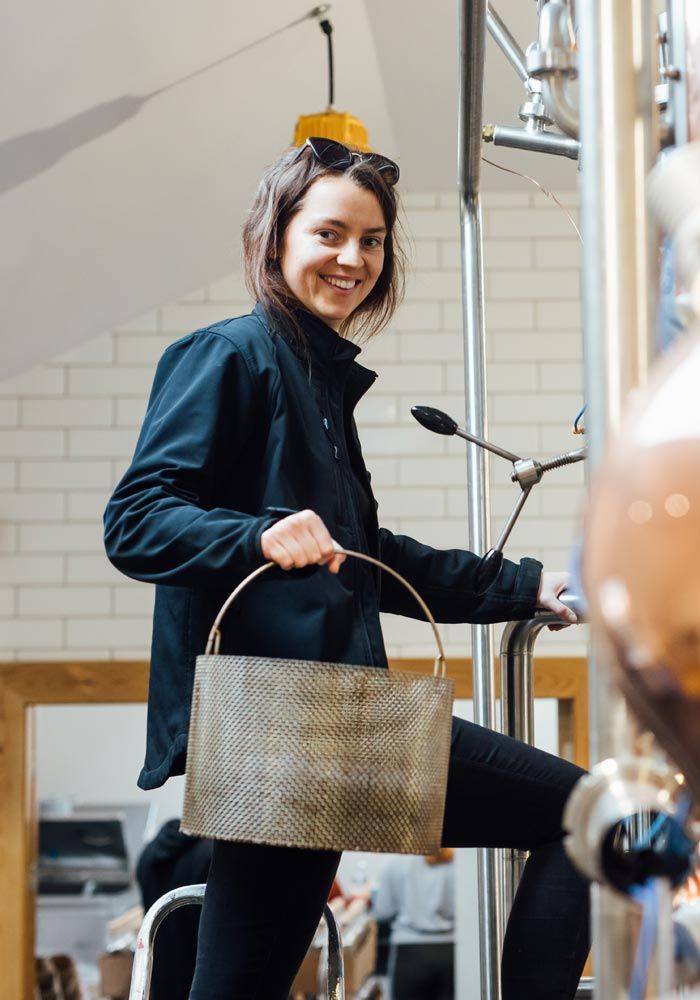 As Joe McGirr laid plans for opening a distillery in Fermanagh one of his core intentions was to provide jobs within the local community. One of the great success stories here was the appointment of Head Distiller Órlaith Kelm.

Órlaith is from Belleek which is literally down the road from the distillery. She joined in 2018 as a labeller, whilst really deciding what would be the next step in her life. Very quickly a passion for distilling started to grow and Joe could see this potential, resulting in the eventual succession through the ranks.

Our distillation methods need the human touch. For example, our gin sees a cut taking place at a relatively early stage, and it is only the trained distiller’s nose that can make that decision to ensure consistency.

Outside of distillery life Órlaith studied at Leeds Beckett University, gaining a degree in Sport Studies and Obesity Management. She is a keen sports person herself having played Gaelic Football at club level. These sporting genes seem to run in her family with her brother, Ultán, representing Fermanagh also in Gaelic Football.

Her secret in gin making is very modestly, ‘having a good mentor’, alluding to Joe. Probing further Órlaith does add, ‘it is all about time, the time to allow proper maceration extracting as much flavour as possible, and then allowing the gin to run slowly off the still, finally giving it time to rest’. As for drinking her produce she loves a Gimlet cocktail using up left over limes from the distillery.