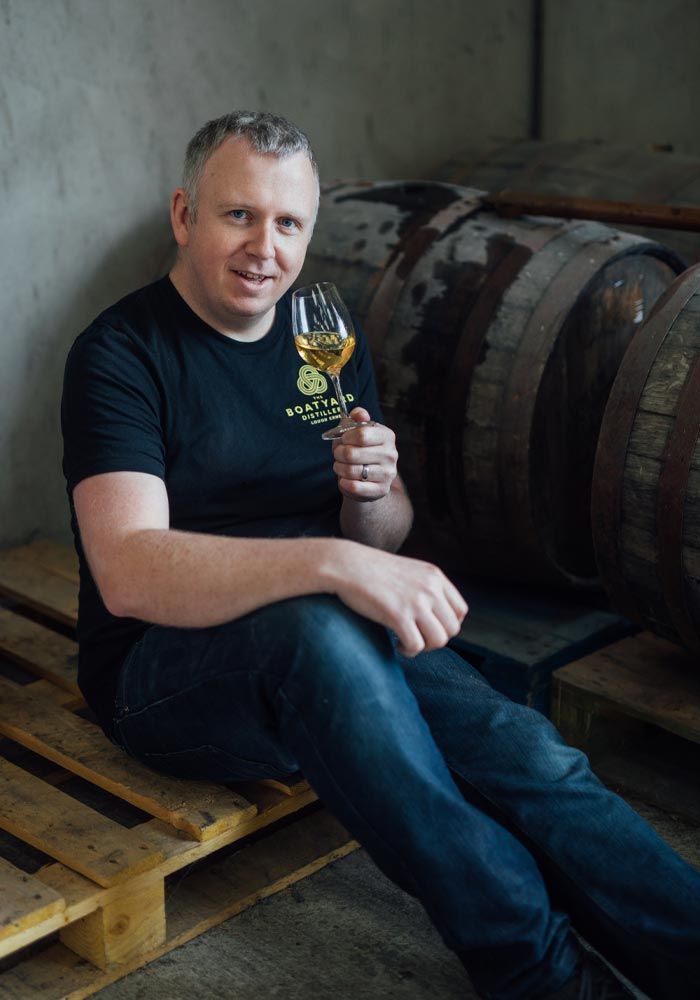 Joe grew up local to the distillery on a dairy farm located just outside Enniskillen, County Fermanagh, in a rugged townland called Breagho. It has been home to generations of the McGirr family, the farm still standing today.

Joe fell in love with hospitality at the age of 16 when he worked through the ranks in a local restaurant called Oscars. He then moved to Edinburgh where he studied wine, before falling in love with spirits and distilleries.  Scotland was plentiful and rich with a distilling community. In 2004 he embarked on a journey working for The Glenmorangie Company, in particular the Scotch Malt Whisky Society arm of the business. Joe spent a full decade working for The Glenmorangie Company.

A move down south followed his time in Scotland when Joe went to work for a short period at the London Distillery, London’s first whisky distillery in over 100 years. It is whilst working here that Joe started to dream of moving back to native Fermanagh to set up his own distillery business.

In 2013 the dream started to materialise into a reality. He was fortunate enough to find an amazing disused Boatyard right on the banks of Lough Erne. In 2016, after 3 years of complicated planning, and far too much legal administration, The Boatyard Distillery finally got to open and produce its first gin. This proud moment wouldn’t have been possible without the help of his family who were particularly keen to help with all the tasting.